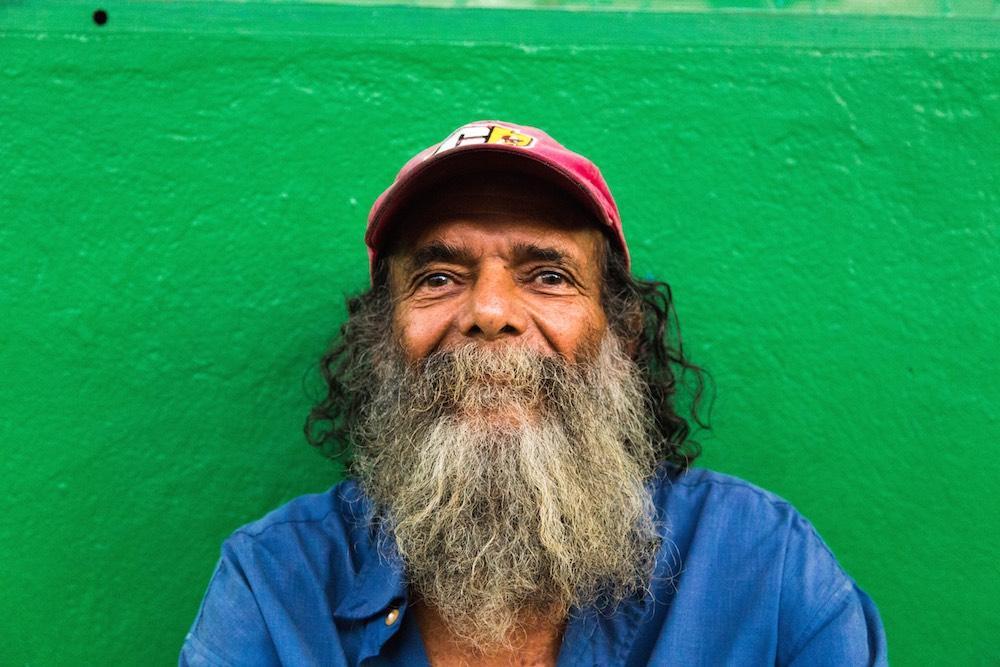 His name was Jose.

We had been trekking through the border town of Paso Canoas, a bustling hive of activity straddling the border of Costa Rica and Panama. Merchants avidly hawked their wares as travelers plunked down colones for electronics, dry goods, and the latest imported fashions. Vibrant color emanated from every corner: flamingo pink stucco covering tiny store fronts, flaming orange Bird of Paradise displayed in bakery windows, and the mish-mash of bright primaries draped over every Tico.

It was the yellow blouse which had caught our eyes.

Earlier in the day our team had gathered quiet in prayer, preparing our hearts for the treasure hunt on which we were about to embark. We were certain of one thing: the jewel of the Father’s heart was the soul of each person we would engage in the nearby Costa Rican burg. So as we joined in intercession, we asked the Lord to speak to us, giving clues as to the encounters He had highlighted for that day. Each member of the team called out as the Holy Spirit impressed their heart with various items. White shoes. A canary yellow shirt. A middle aged woman with short, red hair. A man wearing a camo uniform. The clues kept coming and with each one, we would ask the Lord to confirm and prepare the way, softening the soil of every heart.

A few hours later we stepped onto the streets of the city, armed with the unfailing love of Jesus and the power of the Holy Spirit. In two’s or three’s we approached folks on sidewalks, outside markets or in taxis, asking our primary question: how can we pray for you?

Because every soul, no matter how calloused or cold, has an innate cry for someone to see, to notice, to know.

And don’t we all long for someone to ask if they can step outside themselves and touch the throne of heaven on our behalf?

As we spoke with a man near the local rodeo, it caught the attention of one teammate: the canary yellow blouse. The wearer, like so many other Ticos, was lounging on the step which fronted her narrow home, cautiously assessing us from across the street. Crazy gringos.

A quick consultation confirmed the initial sense. We were needed across the way. We concluded our conversation and sauntered over, approaching with a warm barrage of Hola’s!

Four adults received our welcome, three women and a man, intermingled with several children. The boldest spoke out a responsive Hola! and the conversation commenced.

And as we posed our query, two of the three women hesitantly shared their need for prayer. A new job. A hurting heart. We formed a circle tight with love and poured the kindness of the Father over the two Ticas.

Mid-sentence in prayer over the second woman, one team member suppressed a quiet gasp. The lone man who had waited, eyes narrowed in speculative observation, had risen to his feet and timidly approached our group. Wrapping up our time of ministry, we turned to face him.

Tears streamed down ruddy brown cheeks, eyes clenched tight. His worn countenance readily displayed the pain emanating from his soul; however, the hurt was coupled with a second layer of emotion even stronger than the first: a broken spirit and contrite heart.

His name was Jose. He had known Jesus when he was young but had wandered far from Him in the confusing era of young adulthood. He was addicted to alcohol and living with a woman who was not his wife. And he wanted to come HOME.

Rarely in our combined experience had the team ever seen a repentance so true that it was almost tangible. We quickly gathered and embraced him, lifting our voices to the Father who, at that moment, was running with arms flung wide towards His long-lost son. Faces wet with joy, we began to exalt the Lord over our precious brother, breaking off every addiction in the omnipotent name of Jesus, calling upon the Holy Spirit for a mighty infilling, and declaring sonship over the wanderer who was returning.

We surrounded Jose with exuberant smiles and exultant back-thumps of rejoicing. And we invited him to church that night, the service beginning just one short hour later. Come and join the family.

He showed up that evening, eyes once again brimming with repentance and an eagerness to be made right with his God. And we had the privilege of loving on him, encouraging him, and introducing him to the local congregation which would become his new source of community, strength, and encouragement.

As we boarded our van to make the long journey home late that evening, we laughed delightedly over the ways of God. Yes, we had prayed for the woman with the amarillo blouse; seeds had been sown. But it had been Jose all along. Jose, who had been targeted by the Lord to encounter Jesus that day. Jose, who had been longing with an unexpressed yearning to come home. He had simply needed a demonstrative reminder of that love which had never let him go, the love which had always been waiting. And if we had passed the yellow shirt with unseeing eyes, we might have swept right past Jose.

We reminded each other with broad grins of the words of our Lord: “Just so, I tell you, there is joy before the angels of God over one sinner who repents. (Luke 15:10)”

And our joy was full.